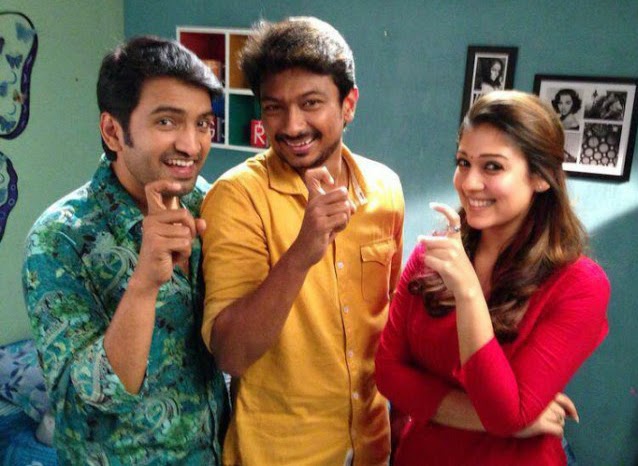 After "OKOK and Idhu Kathirvelan Kadhal", santhanam joining again with Udhayanidhi Stalin in the movie "Nanbenda" directed by debutante Jagadeesh. Nayanthara done a lead role with Udhayanithi Stalin. Movie work has been fully completed and its finally ready to hit the screens.

On this occasion, the teaser of this movie is releasing on 27th November, 2014.

DOP by Balasubramaniyam and the music composed by Harris Jayaraj. Red Giant Movies is producing this romantic comedy whose music would be released by Sony Music soon.
Share !