Santhanam is a good human being says Akhila 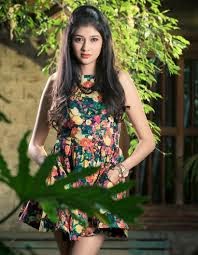 Akhila kishore who debuted in K'town with kathai Thiraikathai vasanam iyakkam.is excited about playing one of the female leads in Inime Ippadithaan Opposite Santhanam. Unlike the character she played in her first outing she essays a quiet homely girl Akhila in this comic caper but asserts that it has nothing to do with her real life personality.

The bengaluru lass tells us what it's like working with Santhanam. "He is very calm and relaxed on the sets, and above all a very grounded person. I thoroughly enjoyed working with him. It's quite difficult to match his calibre while performing comedy scenes . He was kind enough to offer a few tips on getting the timing right. The best part was that he left me do things at my pace ."

Akhila adds she had tried really hard not to laugh while shooting a few comedy scenes with him. There was a lot of fun to be had on the sets and she made many friends. Akhila recollects a weird incident when she was bitten by a dog for real during the shoot. "The scene required the dog to bite me.I never expected that it would happen like this .Everyone was tense and i was rushed to the hospital immediately after which i was fine "She smiles.