A leading film maker for santhanam 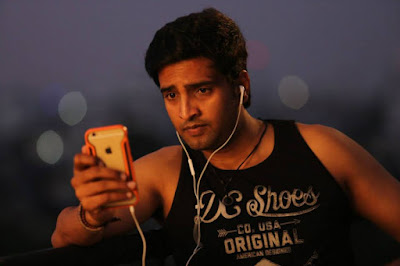 Seems like the moderate success of Inimey ippadithaan has given the much confidence for santhanam who played the lead for the second time in the movie .The actor who was seen essaying the role of comedian and second fiddle characters till recently announced some time back that he announced some time back that he wouldn't be doing such roles in the future. However a source says that Santhanam at present is part of few films where he plays roles which evoke laughter.

After finishing these projects which he had signed earlier the actor will be seen only in films which will have him playing the protagonist .The source adds that the actor is elated at the response received for Inimey ippadithaan and is planning to come up with two films soon.We hear a top director wielding the megaphone and will be produced by a leading production banner.

Santhanam's next project will have a leading filmmaker in k'town wielding the Megaphone.