Home » Latest Updates » Other media » Santhanam Next is a Horror - com
«

Santhanam Next is a Horror - com 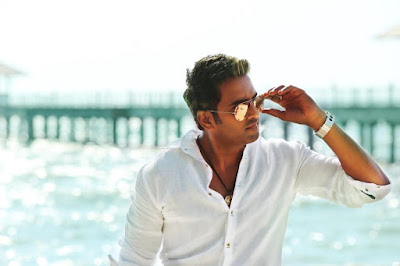 It looks like Santhanam is also smitten by the genre ruling the roost today in Tamil cinema.His next as a lead hero is a horror .com which is being directed by Rambala who shares a close rapport with the comedy king from his Lollu Sabha days.
The movie is produced by Murali ramanarayanan of Thenandal films known for making successful horror movies including the kanchana series confirming the news Murali tell D.c "Yes it is true we are making Santhanam sir's next movie where he plays the hero.We collaborated for the actor's first production Venture Kanna Laddu Thinna Aasiya which was a huge blockbuster .When Santhanam sir wanted to try out his acting skills in a different genre he was keen to join hands with us.
we hear that the Vallavanuku pullum Aayudham star will be seen in a dual role  "No he is playing only a single character clarifies Murali.Throguh he was tight lipped about the heroine all he could disclose was that talks are on with a popular actress because the script demands a huge star.
Santhanam also gave a break to his close buddies Prem anand and Murugan of lollu sabha fame with the duo directing his earlier film Inimey Ippadithaan as Muruganand.

Tagged with: Latest Updates Other media