He was the most sought-after comedian a couple of years ago and still receives many offers to play one, but Santhanam says he wants to move to the next level. For him, that is being a hero. While his first two films as a leading man were decent outings, the jury is still out on whether he can pull it off as a hero. Currently, he has finished work on Dhilluku Dhuddu, a horror comedy, which has him teaming up with his guru Rambala, and is also acting in Server Sundaram, in which he plays a chef. The actor talks to Chennai Times on his upcoming films, his transition from comedian to hero, the criticisms that have followed suit, and life as a hero. Excerpts: 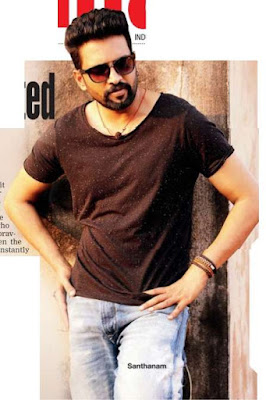