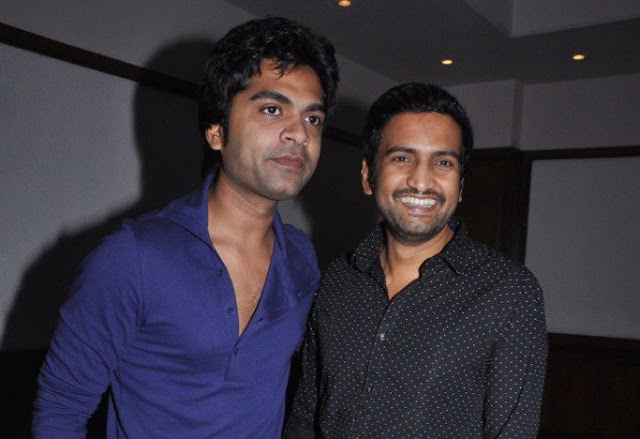 Sakka Podu Podu Raja, starring Santhanam and Vaibhavi Shandilya in lead roles, was already in the news recently , for the film has Vivekh, too, playing a crucial role, thus marking the collaboration of the two comedians. The makers of the romcom, which has Sethuraman at the helm and is being produced by VTV Ganesh, had earlier roped in artistes like Sampath, Robo Shankar, etc.

Now ,Santhanam took to Twitter to announce that the film will have actor-singer Simbu aka STR, composing the music --for the first time in his career. Simbu's penchant for music is well known -he has written the lyrics for a few songs and has lent his voice for several songs in his own films as well others'. A source close to the unit says, “The makers initially had plans to bring a veteran music director on board.They later felt Simbu will be an apt choice, considering his flair for music. Simbu, too, felt that this project will be appropriate for him to debut as a composer, especially since he shares a close rapport with Santhanam.“ Interestingly , Simbu played a cameo in the Santhanam-starrer Kanna Laddu Thinna Aasaiya, too.