ServerSundaram gears up for April release 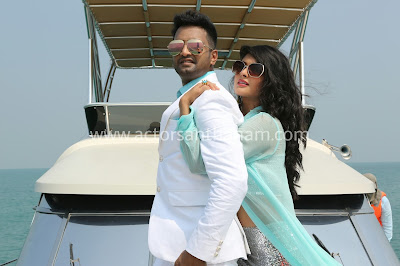 Santhanam's comedy drama ServerSundaram  is gearing up for release in April. The film is currently under the final stages of post production Directed by  AnandBalki ServerSundaram Stars Santhanam and debutant Vaibhavi Shandilya in the lead roles.

The Movie which is produced by Selva Kenanya under the banner Kenanya Films revolves around the long-lost importance of healthy yesteryear recipes. Nagesh's Grandson Bijesh is making his debut as an actor in the film, which has music composed by Santhosh Narayanan.