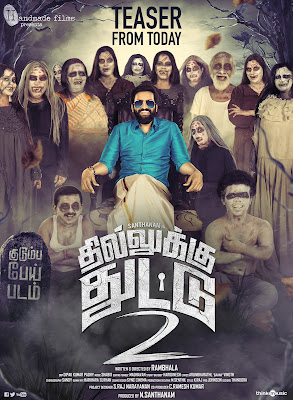 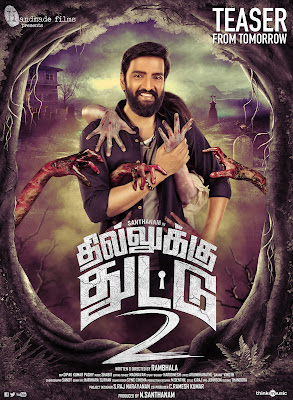 Santhanam, who was last seen in 'Sakka Podu Podu Raja', is all geared up for the release of his next film. Touted to be a horror comedy '
Dhilluku Dhuddu

2' is the sequel of the sleeper hit 'Dhilluku Dhuddu'. The makers of the film have now released the teaser of the film.

Produced by Hand Made Films, the film stars Santhanam and
Deepti Sati
in the lead roles along with
Rajendran
,
Urvashi
, Bipin and Malayalam actor
Shritha Sivadas
. Rambhala of Lollu Sabha fame has directed the film.
Music for the film is composed by Shabeer and Deepak Kumar Pathy who handled the camera for the prequel will handle the cinematography for the sequel as well.