Dhillukku Dhuddu 2 is an upcoming horror comedy featuring Santhanam in the lead role. It is the sequel to the 2016 superhit horror entertainer Dhillukku Dhuddu. The teaser which released a few weeks back has made a lasting impressing on its target audience and the expectations went to a scale higher.
The makers of the film have now officially made another announcement regarding the music album of the film. It is stated that the first single of this popular sequel will be releasing tomorrow, 11th January at 6 pm and the song is titled as 'Mavane Yaaru Kitta'.
The music has been composed by Shabir and the film has been produced by actor Santhanam himself. Stay tuned to hear this interesting number tomorrow! 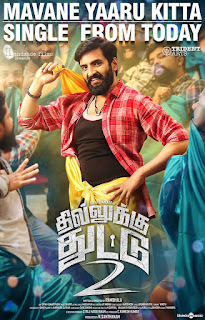 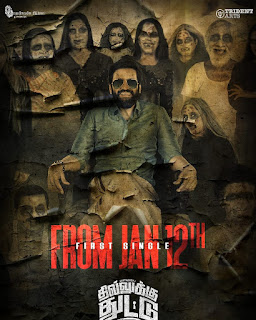 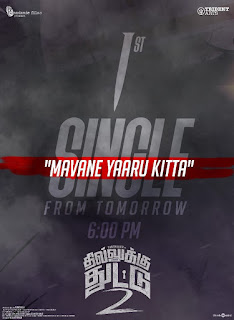