Santhanam trains in silambam with selva Next 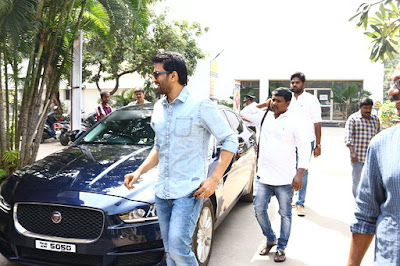 Santhanam is training in silambam with stunt choreographer Silva for his upcoming comedy entertainer with director R Kannan. The film will begin shoot in August.
Santhanam plays an action hero in the movie, set in a village. He has been learning silmabam from Stunt Silva for a month now. Director Kannan told Silverscreen, “The film is an entertainer with Santhanam in the lead, in a full-fledged comedy role. We have planned shoot in Ambasamudram, and villages around Tirunelveli.”
Santhanam was also keen on having actor and comedian Goundamani play the role of his father in the film. The director said, “We approached Goundamani sir who said he needed some time to decide as he has been playing the lead roles in movies recently. His participation is not confirmed yet.”
Goundamani was last seen in the 2016 film Vaaimai, and may also star in the Karagattakaran sequel which director Gangai Amaran announced recently.
Kannan and Santhanam have worked on Jayam Kondaan, Kanden Kadhalai, Vandhaan Vendran and Settai. Their new film is scheduled to begin on August 25. It will be produced by Kannan along with MK Ramprasad. Others in the team are yet to be decided. The film is likely to release by this year end.
Meanwhile, director Kannan will also simultaneously begin his film with Atharvaa and Anupama Parameswaran in the lead. It’s a feel-good story with Anupama as a bharatanatyam dancer and Atharvaa a PhD student, the director revealed recently. A 20-day schedule will begin in Chennai on July 20, and the team will travel abroad for a small portion. This is Kannan’s second release for the year.
Santhanam, last seen as the lead in Dhilluku Dhuddu 2, has A1 or Accused No 1 with director Johnson, and Dagaalty with director Vijay Anand under production. Server Sundaram, Odi Odi Uzhaikanum and Mannavan Vanthanadi are facing delays.