Santhanam in a trip role in this sci-fi film 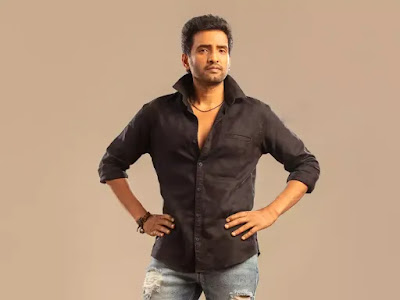 Santhanam looks like
is in a mood to experiment now. For starters, he’s signed on a film in which he will play not one, but three roles. Yes, the actor will be seen in a triple role in a film that will be a sci-fi entertainer.

Debutant director
Karthik Yogi
, who’s helming the project, says, “When I wrote the script, I wanted someone who could fit into the hero’s shoes, do comedy, romance and yet have some innocence, and I felt Santhanam would be apt for it. When I approached him with the script, he asked me to narrate the one-liner first. He really liked it and okayed the film. This will be a sci-fi commercial entertainer, with a large dose of action and comedy. ”

Though Karthik, who was the dialogue writer of Maangaram and worked as an associate in films like Balloon and Sawaari, doesn’t want to divulge details about Santhanam’s roles, he tells us, “He will be the hero, villain and comedian. Their stories will happen in different time periods. We are likely to begin shoot from November, in and around Chennai.”
Share !