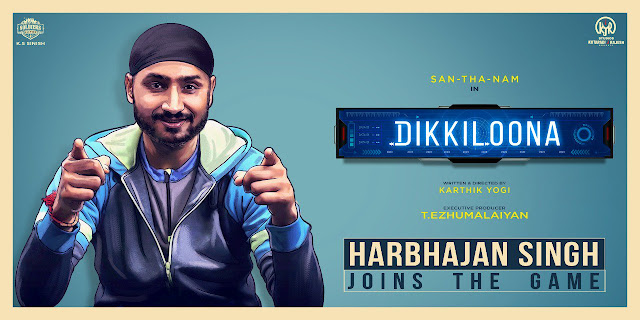 in the lead
Ask Karthik about it and he says, “Ever since Harbhajan Singh joined the team of Chennai Super Kings, he has been affectionate about Tamil and Tamil people. For a role in Dikkilona, I thought someone like Harbhajan will be apt for it. So, I got in touch with him through Saravanan Pandian, a friend of Harbhajan. I narrated the script and he was really kicked about it. Yes, it is an important role. When you watch the film, you will know why we cast him in it.”
The team will begin shooting in November. Karthik says, “Harbhajan will join the team in December.”