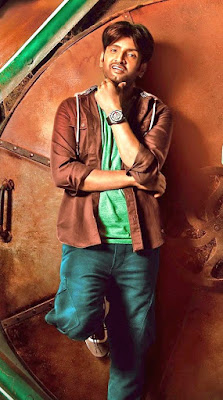 recently released the three looks of the actor from the film — hero, villain and comedian.
Talking about the three roles, director
Karthik Yogi

elaborates, “Santhanam plays a middle-class guy, a sportsperson... and the third character is a surprise. It was quite challenging to shoot since he has three distinct roles. He took about 30-40 minutes to get into each look. There was this time when he changed his get-up 48 times in just one day.

Though it was tiring,
Santhanam
took the responsibility sportingly.”
The sci-fi entertainer also stars Yogi Babu in an important role. “Well, he plays a mad scientist. Santhanam and Yogi Babu’s characters share a strong bond. Their chemistry is quite crackling,” smiles Karthik. The film also features Harbhajan Singh in an extended cameo.

The team is working on the post-production now. “We have begun dubbing as well. It is quite challenging because some of our people are stuck outside Chennai and they didn’t get an e-pass. We have taken the necessary precautions and are maintaining social distance. We want to finish the post-production and keep the film ready,” he signs off.