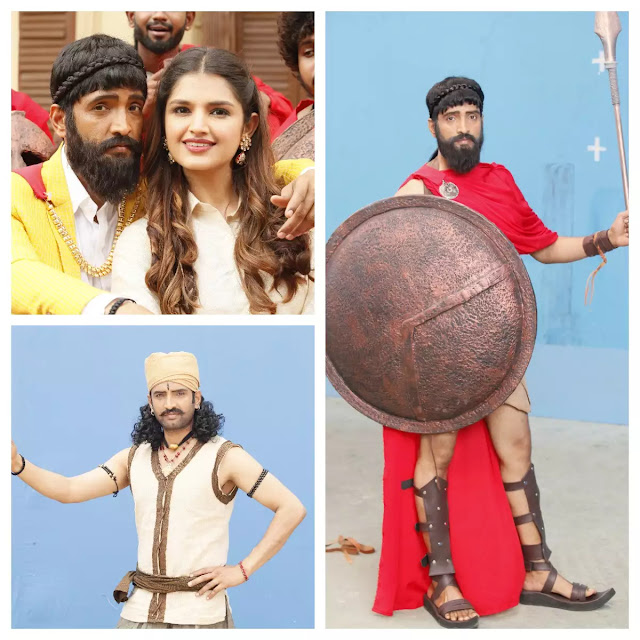 In the recently released trailer of Biskoth, Santhanam appears in multiple looks, with one even spoofing Bãhubali. The film’s director, Kannan, says the most challenging part to shoot was the one in which the actor appears as a Spartan. The team shot the portions for 15 days, with over four days dedicated to a massive fight sequence alone

Kannan says, “We wanted to make that period look realistic, but not cheap. So, art director Rajkumar, costume designer Priya and I spent a lot of time going through literature. We also referenced the Hollywood film 300 to get an idea of how they had envisioned the palace and Spartan people. We did a lot of rehearsals with costumes before finally shooting.”

Talking about the action sequence, he says, “We filmed a massive fight sequence with fireballs. Stunt master Hari Dinesh had choreographed the scene with 100 junior artistes. We had hired a floor in a city studio and used gas machines to light the fireballs. Since there were chances of fire accidents, we took a lot of precautions. There’s also a sword-fighting sequence and Santhanam trained in it for a few days.”